As goes January, so goes the year?

Some say the markets have gotten off to an unexpected start in 2022.
Were January’s markets nerve-wrecking? Sure, especially if you gambled on Netflix.
Were they unexpected? Only to those with the wrong expectations.

“Uncertainty is the only certainty there is”
-John Allen Paulos in his book “A Mathematician Plays the Stock Market”.

Psychology is ever-present in the market, which is the angle the financial media rely on to keep selling magazines and TV ads. The heightened volatility leads to even greater talk that a market correction is in fact imminent, and we had better take some sort of action now. The data tells us repeatedly that timing the market is not a successful endeavor, yet the short-term noise finds our fears and exploits them. Market corrections are inevitable, and for long-term investors these corrections are best viewed as unavoidable. This allows us to anticipate that these bumps will occur, without predicting when, so we can structure our portfolios to remove unnecessary risks and add the right amount of downside protection. The 'right amount' being different for each investor.

If you’ve heard the old stock saying “as goes January, so goes the year,” then you might be worried about 2022's outlook. But don't go losing any sleep just yet.

Let’s revisit a few numbers to keep a proper perspective on the rest of 2022. 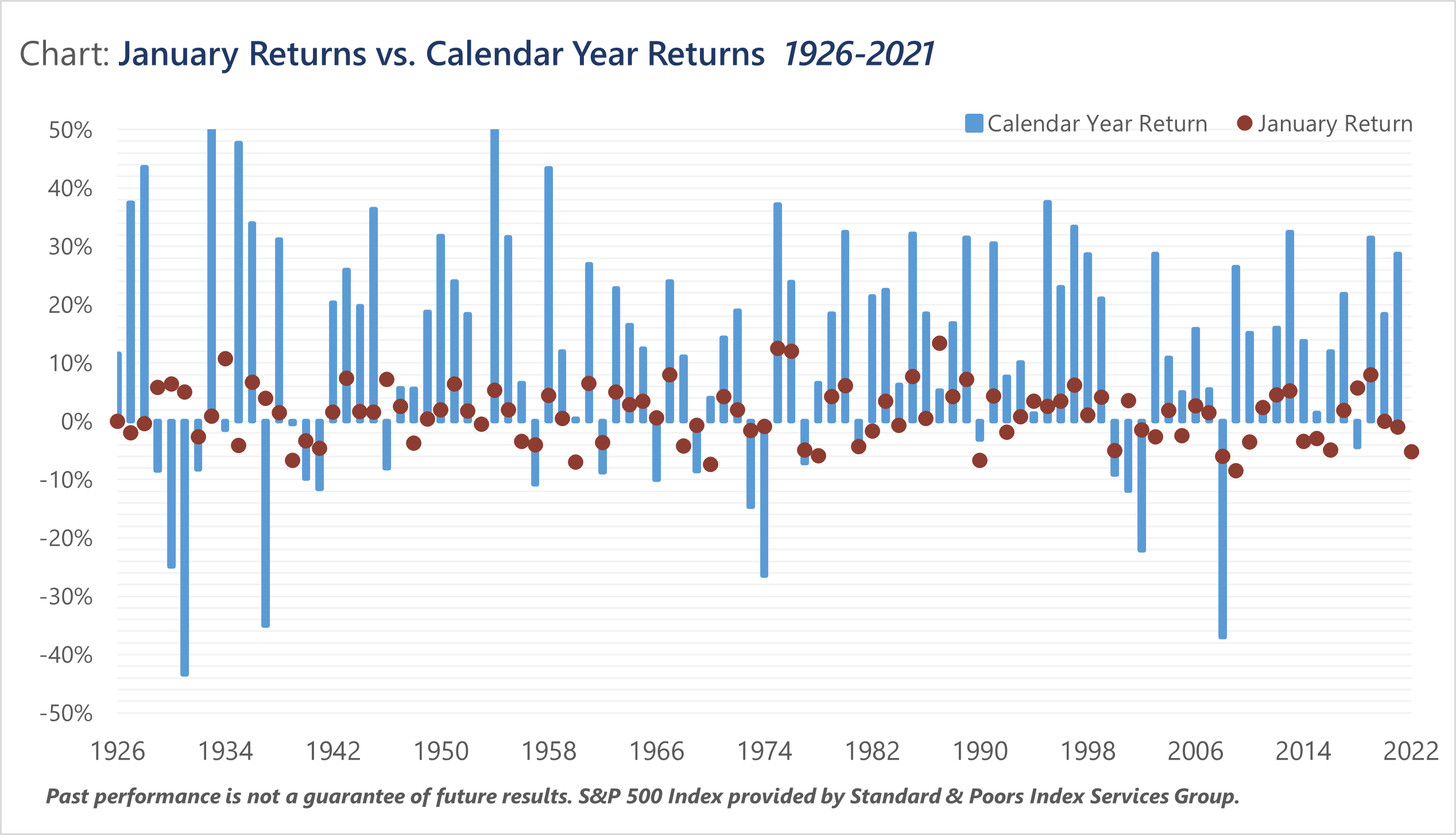